This is a question I see a lot on Facebook groups. People who are new to fishing have no idea what is the best beginner fishing pole out there.

The answer, in my eyes, all depends on what your budget is and where you are going to be fishing. Are you someone who wants a pole to get into match fishing? Or are you someone whos just moving over from rod and line fishing to who wants to try pole fishing?

In this article, I am going to give some ideas of what I believe are the best poles for those who are new to pole fishing. I will list a few different ones that will suit your budget and where you are going to fish. 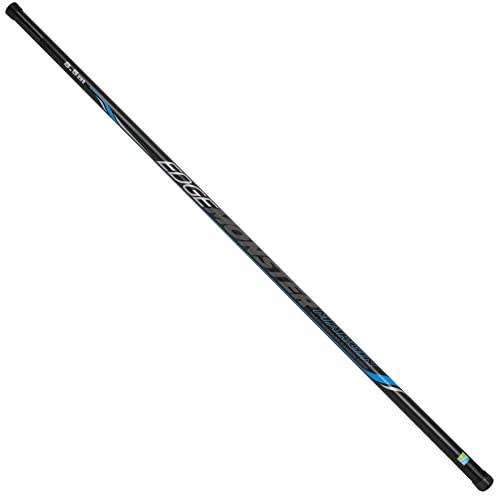 Now, this is a great pole for the money. I have a friend who just uses a rod and reel and he fishes commercial fisheries with me such as Partridge Lakes. He isn’t interested in match fishing and isn’t bothered about a really long pole to get to the islands. His budget is limited and he just wants something that’s well made that he can have some fun with.

Why have I recommended the Edge Monster to him? Let’s ignore the “edge monster” part here and just think of it as a well-made (length here) pole that’s strong and well-made. People say that it’s a good beginner pole because it’s durable and strong. This means a beginner is less likely to break it and become annoyed at pole fishing.

It comes with X amount of top kits, which means you can have a slightly different elastic in this and even though it’s made for carp you can still put a smaller elastic in and use it for silverfish without any issues.

This was my first beginner pole, so that’s why it’s been included on the list. I was torn between this and the Edge Monster mentioned above. I went down to my local tackle shop to the pole alley and spoke to the guys there. They asked if I was going to be fishing in matches and I mentioned that I was going to. They said it would make sense to get this as it’s Map’s most basic pole and would suit fishing matches.

I was very happy with it and landed carp to 10lb on it (with black hydro elastic) without any issues. One top kit did snap on me but I think that was just down to me not having the balance of elastic and line set up right. The top kits have been easy enough to get hold of. The good thing is that if I ever decide to upgrade to another Map pole then all the top kits I have will work fine with the others.

I have included this one as Browning makes excellent poles. It’s also somewhere in the middle of the price bracket of the edge monster and the map 101.

It’s 10 meters in length which is not as long as Map 101 but it’s good enough for beginners to give it a go.

It comes with 2 top kits, one of which is a “power kit” which means you can put some strong elastic in and tackle some big carp.

Which would be my choice of the 3 above?

If you know you want to get into match fishing then it has to be the Map 101 3G. If you upgrade in the future then you can still use all the top kits.

If it’s just a bit of fun pleasure fishing then I would get the Edge Monster, followed by the Browning Black Magic.

Why would a beginner pick a pole over a whip?

A whip is telescopic which is why they are usually cheaper. This can be great in some situations. I have a whip that I use on a local pond near me as it means I don’t have to take my pole rollers and the fish in there are only small. If you feel you are more advanced than that then you definitely want a proper pole as it just gives you a lot more options.

What about buying second a secondhand pole?

You can get a lot more for your money if you consider a 2nd hand pole. There’s many Facebook groups with decent poles for sale.