When we look at the concept of stick float vs waggler, you need to understand that it’s not really a competition. Both have their merits, and restrictions. In this article we are going to have a quick rundown and look at some subtle differences.

What is a waggler float? 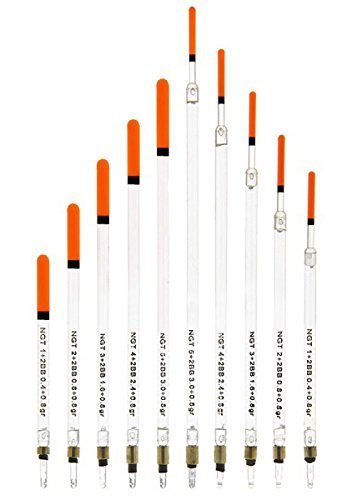 Wagglers actually come in all shapes and sizes. But they all have one common feature. They are mounted via an eye at the very bottom of the float. This has implications for when, and where, you can use it but more about that shortly… They can come pre-loaded with enough weight to shot them, but generally it’s up to the angler to add enough lead shot on the line.

What is a stick float? 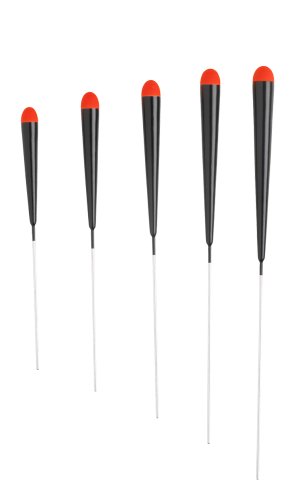 A stick float performs a similar job to the waggler, except it is mounted in a different way. It may have an eye at the bottom, or it may not. Generally, stick floats are secured to the line by means of rubber float bands.

Where can I use a waggler?

Wagglers are pretty much limited to still waters.

Well, you are not going to want to use them when ‘trotting’ in moving water. Because of the way in which they are mounted, at the base only, any time there is a pull on the line, the float will go under. This includes a pull from your end as well as the hook end. If you stop the float in moving water, as is common in trotting, the float will register this as a bite, which is no good if there isn’t actually a fish on the end of your line

So what are the advantages?

Wagglers are super quick and responsive. Even the slightest of pulls will register on the float.

Wagglers are also great for fishing deep water. Provided you know how to tie a stop-knot, and due to the fact that wagglers can slide, you can create a set up that lets your hook bait sink pretty much as deep as you like.

The latest trend is pellet wagglers, these are super buoyant and designed, not only for pellets, but to target fish in the upper layers of the water. The aim of a pellet waggler is to minimize surface penetration, to avoid scaring wary species.

Where can I use a stick float?

Stick floats come into their own on moving water.

Well as we have said they are attached to the line with rubber float stops. Subsequently, the only time a bite registers on a stick float is if it is pulled from the hook end. This means you can hold it back in the flow of moving water and it will stay above the surface.

So, what’s the downside?

Ok so you could use a stick float in the same way as a waggler. But they are not quite as responsive. You can’t sink your line when using a stick float either. The main drawback is that a stick float is limited in depth. Because it is fixed you can’t use one on a sliding rig.

One float is not ‘better’ than the other, they are both really useful bite detection systems. The trick comes in not choosing the best float, but choosing the best float for the conditions. As a general rule, use a waggler for slow moving or still water, if fishing a river or somewhere with a bit of ‘pull’, go for a stick float.